In 2010, I married the love of my life. My husband at the time had joined the Marine Corps and was stationed in North Carolina. Even though it was 700 miles away from our family and friends, we were excited to venture out together as newlyweds. What we weren’t aware of, or prepared for, was the several denials from insurance companies for in-home care.

Prior to getting married, we were told we wouldn’t have any issues getting the care I needed. We felt confident in what we were told and began the process immediately upon arriving in North Carolina. The process was lengthier than we imagined, and while waiting for approval, I’d spent several days home alone without any assistance. My husband would schedule his breaks to make a 20-minute drive home to feed and take care of my needs, and then rush back to work.

We managed because we thought this routine would be temporary. However, that wasn’t the case.

After several weeks of waiting, we finally received the envelope we were desperately waiting for, only to learn we were denied. We took immediate action after we were advised by my husband’s command to appeal the denial. We were assured this was a common denominator with insurance. In our experience preceding our move, it often took a couple of times to receive approval from insurance for basic needs.

However, after additional several weeks of waiting, we were denied a second time. Greatly frustrated and exhausted, we reached out to a friend who was a lawyer. We had hopes that he could build a case for us, but because it was the federal government behind this, we had little to no chance for our appeal. They have the power and money. We only had pennies in our bank account.

Why were we being denied? It just didn’t make sense. Everyone we spoke to about it was just as confusing. Meanwhile, after hours of research and continued digging for reason, we finally came to a conclusion. I fell under what insurance considered as “custodial care.” At the time, I didn’t require medication administration, feeding tubes, or anything that needed a nurse’s assistance.

This absurdity continued into our next location, California. Although we were managing by a thread with generous help from friends and an understanding command. We were in new territory now. Instead of being 700 miles away from friends and family, we were now 3000 miles away. Nevertheless, we were told the military had a respite program in California that would provide a set of hours for us. We did get approved, however, the program had just made cuts, and we were only allotted 30 hours a month. Breaking this down to 5 days a week, that amounted to 1.5 hours a day. We were grateful to have something. But, this was still not feasible for the 8-10 hour day demands on my husband’s work.

We kept fighting to get more care. The monotony of this lifestyle was draining on both of us. It wasn’t fair that my husband had to leave food and water out like you would for a dog. Although I didn’t need a nurse, I still required care for obvious things that I could not do for myself. Showering, dressing, grooming, feeding, appointments, and more. I was fully dependent on someone to sustain a healthy lifestyle and for more than 90 minutes every day.

I witnessed these burdens weighing heavily on my husband and it broke me down. He was trying to juggle taking care of himself, and me, while working a full-time job. We were using our money to pay friends to help us as often as they could. This would often leave us with zero dollars at the end of the month. Not to mention, my SSI was taken away from me the moment we got married. My parents sent out checks when they could to help ease the burdens as well.

The pressures kept escalating, however, causing myself and my husband to fall into a depression. It resulted in my husband feeling like my caregiver rather than my spouse. We never wanted to be a statistic of divorce. And although there were other personal dynamics that led to our divorce, this stress was a large contributing factor.

It’s a shame that someone living with a disability has to feel guilty for getting married. The only advice that was given to us was to get a divorce and live like roommates to maintain care benefits and better control expenses. But why should I, or any other disabled person, have to sacrifice getting married because insurance only sees us as a simple code in their system?

It appears we are not viewed as normal human beings that desire the same things the average person does. Our values and morals have to be undermined in order to receive the care we need.

So now the question was, do we divorce and defile what God consecrated at our wedding? We did not. However, the stress was just too much along with my husband’s workload. We were both making sacrifices that came from a place of guilt, exhaustion, and desperation.

Eventually, the burdens were too hard to bear, which led to our failed marriage. The heartache and loss I experienced were beyond what anyone could imagine. It was the hardest and most testing time in my life. I wouldn’t wish it upon anyone.

With that said, I feel responsible to tell my story of what was stolen from me in the hope it generates awareness and eventually change for others. Those of us in the rare disease community, who are fortunate enough to find love, and desire the gift of marriage like anyone else, need to be prepared for the unique challenges ahead.

In my experience, it is impossible to maintain a healthy marriage when the care you need to thrive, gets robbed from you and burdened on one’s spouse. No one should have to avoid marriage in fear of losing their care benefits for survival. 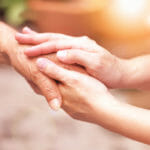