As I’ve iterated on multiple occasions, living with Duchenne muscular dystrophy (DMD) can in some instances be like a house on fire as far as stress and anxiety are concerned. When this occurs, there is a place I can find solace with just the press of a few buttons. I’m talking about video games.

I’d say my introduction to gaming consistently was around 20 years ago. After a long move from Georgia to Ohio, I was gifted a golden-colored Nintendo 64 by my father. Now I have a smorgasbord of options, including a PlayStation 5, Xbox Series S, Nintendo Switch, GameCube, and PS1.

The experience I have with video games has evolved through the last 2 decades. It’s a little harder for me to use the joystick and push functions on the controllers, which can also be a little too heavy. Fortunately, there are plenty of workarounds for someone who has these issues. For PS4 games, I use a smaller lightweight controller from a company called Hori. I’ve found that the standard controller for the Nintendo Switch can be useful in these ways too.

For me, the most beneficial aspect of playing video games is the stress relief that they can provide. Often I’ll spend an hour shortly after eating dinner using one of the various consoles I have. There is a reason this is a prime time for me to do so. Meals for me are by no means an easy task these days. I have to eat slowly, get assistance with feeding and drinking, and occasionally need to release mucous that has built up. This can be tiring and daunting. When I slip into the realm of video games for this brief period in the evening, I feel grounded from the strain and angst that dinnertime can be the source of.

A second perk about video games is the communal outlets they can spark. Personally, I prefer single-player games over facing someone online, but I have still gotten some of the social benefits. I enjoy just having a person to discuss a shared interest in gaming with.

In the Facebook group for people with neuromuscular disease that I’m a member of, this hobby is one of the most popular topics of conversation. Recently, I made a post in the group asking what games everyone was playing lately, and I received nearly 40 comments. Having this message board to converse about my passion for gaming is particularly priceless considering how isolating life with DMD can be.

Video games appear to even be a useful activity to spur connections in the nonprofit sphere of neuromuscular disease. A fine example of this appears to be the Muscular Dystrophy Association (MDA) initiative called “MDA Let’s Play.” This is done with social media applications Discord and Twitch, which are popular in the gaming community.

The “MDA Let’s Play” Discord app has in excess of 2000 members, making frequent activity possible. Text and voice chat are the primary channels of communication. There are threads for debate on gaming, movies, and music.

With Twitch streaming, sessions are the primary method of socializing. Throughout a given week, there are chats or videos of gameplay by the host of the stream. There is even a fundraising element with “MDA Let’s Play,” where you can organize a campaign through an application named Tiltify.

Thirdly, the ability I have to play video games provides a sense of normalcy that I don’t really get with many other activities. There is a physical barrier I have when it comes to things like sports and even a simple board game, which is very frustrating. So to have an option where I can be on a level playing field with others is pretty meaningful.

Unlike some other abilities, I think I’m far from game over when it comes to video games and the joy they bring me. 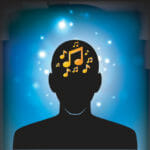 My Escape From the Daily Struggles of Muscular Dystrophy: Music