Study results suggested no significant intergroup differences in the global topological organization of the motor execution network between the two groups. Moreover, the nodal degree at the node level was higher in WD patients in the cerebellum, while at the edge level, a cerebello-thalamo-striatocortical circuit with changed functional connectivity strength in the patients with WD was observed.

The strength of functional connectivity between the cerebellum and thalamus was reportedly increased, which is a compensatory mechanism for WD dyskinesia. On the other hand, the cortico-thalamic, cortico-striatal, and cortico-cerebellar connections reported a decrease in the functional connectivity strength, suggesting possible damage between the various levels of the nuclei that control the movement.

Wilson’s disease is a rare autosomal recessive metabolic disease commonly found in adolescents and primarily characterized by liver damage and movement disorders. A prior study has reported that the severity of cerebral atrophy is strongly related to the neurological impairment of WD patients by measuring the brain volume of WD patients. Almost all patients with neurological WD exhibited brain MRI changes. Graph theory has been proposed as a powerful method for studying the complexity of brain networks, where the nodes represent anatomically defined brain areas while edges represent the functional or structural connections between pairs of nodes.

The research team noted a few limitations in the study, including small sample size, no assessment of the motor function of the participants because of the lack of relevant information, focus only on the internal network connectivity of the motor network, and selection of patients with decreased head shaking only which may affect the final results.

It may be possible to develop biomarkers for early diagnosis of WD, therapeutic targets, and biomarkers to help predict the pathophysiology of motor impairments in WD from these findings,” the authors concluded. 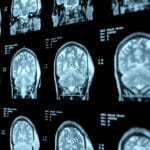