A newly published study in Plos Genetics has revealed that copper (Cu) transporter ATP7B is essential for the normal entry of Cu into the brain during postnatal development in mice. Wilson disease (WD) caused by mutations in the Cu-transporter ATP7B.

The study also found that the loss of ATP7B function results in morphological changes in the choroid plexus (ChP1), such as the remodeling of cytoskeleton, which impact key Cu transporters, like ATP7A and SLC31A. Furthermore, it also results in a possible inability of ATP7A to transport Cu into the cerebrospinal fluid, a transient Cu deficiency in the brain, and associated misbalance of catecholamines and lipids.

The research team demonstrated that in ATP7B-/- mice, the brain metabolism is dysregulated 4 weeks after birth. These changes are caused by transient Cu deficiency, which is later replaced by Cu deposition. The observed changes represent a protective response to increase/retain the brain Cu content. Importantly, the dysregulated metabolic pathways include those that directly require Cu (NE biosynthesis) and those indirectly affected by the tissue Cu content (lipid metabolism).

Study data illustrated that ATP7B activity is essential for forming phosphatidylethanolamine in mice brain development. The study also provided evidence that deficiency of Cu originates from the dysregulated Cu entry into the brain, impacting specific metabolic pathways in brain parenchyma. Moreover, the ChP1 cytoskeleton was identified as a critical target of ATP7 B-dependent Cu misbalance. These results demonstrate a new role for ATP7B during postnatal brain maturation and suggest why Cu chelation might have adverse outcomes.

“Our data also suggest that the side-effects of Cu chelation (such as neurologic worsening and GI discomfort) may be caused by tissue-specific worsening of local/transient Cu deficits during treatment,” the authors added.

“In conclusion, our results illustrate a previously unappreciated role of Atp7b during brain maturation and indicate that WD pathogenesis is more complex than tissue response to Cu overload,” the authors concluded.

Study findings can help understand the neuropathology of human Wilson disease, caused by inactivating mutations in ATP7B. Copper-level imbalances can negatively impact brain development and function. It is transported to the brain through the ATP7A transporter, which exports Cu from the epithelial cells located in ChP1 into the cerebrospinal fluid. 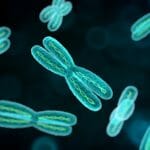