Structural and clinical characteristics may help predict functional changes in patients with spinal muscular atrophy (SMA), according to a study recently published in Biomedicines.

“Therefore, the functional physiotherapy assessment should not be limited to motor scales but also include structural parameters, often disturbed in this group of patients,” the authors wrote.

This prospective study included 40 patients previously diagnosed with SMA by genetic testing whose ages ranged from 4 months to 20 years. The majority had SMA type 2 (n=18), followed by SMA type 1 (n=14), and only 8 patients had SMA type 3. The researchers divided the participants into 2 groups according to their ability to sit. Most were able to sit (n=28).

The groups had the same median age of 7.5 years, although treatment initiation occurred earlier in sitters (a median of 5 years of age) than in nonsitters (a median of 6 years of age). Likewise, both groups had more female patients than male patients. Most of the sitters had SMA type 2 (n=18), followed by type 3 (n=8), and finally, type 1 (n=2), while all of the nonsitters had SMA type 1.

The vast majority of the sitters (71.42%) had 3 SMN2 copies, while 83.33% of the nonsitters had 2 SMN2 copies. The most common treatment among the sitters was nusinersen in 64.28% of cases, and the remaining patients received risdiplam. Conversely, 58.88% of the nonsitters received risdiplam, 25% were given nusinersen, and 16.66% underwent gene therapy.

At the 5-month follow-up evaluation, the sitters showcased more evident functional improvements than the nonsitters in all functional parameters except the hip extension range, which exhibited an overall decline. Notably, participants with contractures in the hip and knee joints were associated with worse functional improvement regardless of group.

“It is also noteworthy that most parameters remain unchanged during the five-month follow-up in both groups, which is considered clinically favorable for SMA patients undergoing pharmacological treatment,” the authors noted.

The authors measured improvements using the Hammersmith scale in the sitters and the Children’s Hospital of Philadelphia Infant Test of Neuromuscular Disorders (CHOP-INTEND) in the nonsitters. 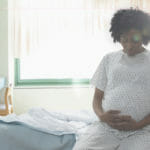 Prenatal Screening May Be Useful in SMA Risk Assessment