Levels of serum leptin are not a useful biomarker of the severity of spinal muscular atrophy (SMA) type 2 or type 3 in children and adolescents, a cross-sectional study suggests.

The results did not show any statistically significant correlation between motor function, as indicated by the Hammersmith Functional Motor Scale–Expanded scores of the patients, and the levels of leptin in their serum.

The findings were published in the journal Archives de Pédiatrie.

SMA is an autosomal recessive neurodegenerative disease caused by mutations in the survival motor neuron 1 (SMN1) gene, which is the principal gene coding for the SMN protein. SMN deficiency leads to neurodegeneration and muscular atrophy.

Read more about the different types of SMA

In humans, there is a second gene called SMN2 from which some functional SMN protein can also be made. The copy number of the SMN2 gene correlates with disease severity, with patients with more copies having a milder disease.

Leptin is a hormone derived from adipocytes, which induces a decrease in food intake and increases energy expenditure.

To analyze the possible link between serum leptin levels and SMA, a team of researchers from Serbia led by Vera Zdravkovic, MD, PhD, conducted a study of 37 patients with SMA type 2 or 3. Participants were 2 to 19 years of age. 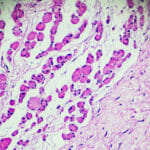 Retinal Defects May Be Reversible in SMA