Onasemnogene abeparvovec (Zolgensma®) is effective at improving motor function and achieving motor milestones in patients with spinal muscular atrophy (SMA) type 1, according to a systematic review and meta-analysis published in Human Gene Therapy.

Based on a systematic review of 11 studies and a meta-analysis of data from 4 studies, patients who received onasemnogene abeparvovec significantly improved by 11.06 points and 14.14 points on the Children’s Hospital of Philadelphia Infant Test of Neuromuscular Disorders (CHOP-INTEND) at 3 and 6 months after treatment, respectively.

These results are in contrast to natural history studies in SMA patients with 2 copies of the SMN2 gene that estimate a decrease of 1.02 to 1.71 points on the CHOP-INTEND per month.

In the natural history studies, no patients were able to achieve motor milestones including unaided sitting, crawling, standing, and walking, while only a small amount even achieved head control. Also, only 8% of patients were independent of respiratory support.

In the meta-analysis data, head control was achieved in 85% of patients, oral feeding in 74%, sitting independently for more than 30 seconds in 60%, and walking alone in 20%. Most treated patients (96%) also did not require permanent ventilation.

The study also found that patients who were treated prior to the onset of symptoms generally achieved maximal or near-maximal CHOP-INTEND scores, similar to healthy individuals. This observation did not occur in patients in whom SMA had manifested.

“The main implication is probably the importance of early or asymptomatic detection of the disease, with the aim of starting treatment early and optimizing the benefits of therapy,” the authors said. “Thus, neonatal screening for SMA would be of great importance, especially in countries that have approved gene therapies increasing the life expectancy and quality of life of these children.”

Adverse events were observed during the study at a rate of 57%, with serious adverse events occurring in 16%. Adverse events generally consisted of elevated liver transaminases including ALT and AST as well as abnormal coagulation. Because of the effect on liver function, the authors advised the avoidance of other hepatotoxic drugs after drug infusion. 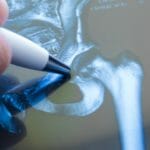