Magnetic resonance imaging (MRI) findings such as water T2 mapping and Dixon-based proton density fat fraction (PDFF) estimation could help distinguish between adult patients with spinal muscular atrophy (SMA) and controls, according to a new study published in the Journal of Neurology. This finding is due to the massive fat accumulation between muscles, which occurs in SMA.

MRI is already being explored as a potential extra tool that could help monitor the progression of neuromuscular diseases as well as patients’ responses to various treatments.

In the present study, a team of researchers from the University of Cologne in Germany explored the potential of a multiparametric MRI approach in detecting the loss of spinal motor neurons and subsequent damage to muscle tissue in adults with SMA.

They found that the intramuscular fat fractions in the biceps and quadriceps femoris muscles of patients with SMA were significantly higher than that of controls both at the start of the study and at the 6-month follow-up.

There were no significant differences between the diffusion tensor imaging scans of the sciatic nerve of patients with SMA and controls.

“This is the first longitudinal study to show the feasibility of a multiparametric MRI protocol including Dixon-based PDFF mapping and water T2 mapping in thigh muscles as well as [diffusion tensor imaging] in nerves in SMA,” the researchers wrote. “More extensive long-term studies are warranted to further evaluate these two modalities as surrogate markers in SMA patients during treatment.” 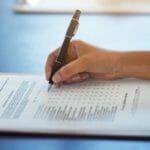