A targeted deletion technique may become a novel therapeutic approach for spinal muscular atrophy (SMA), according to a study recently published in the International Journal of Molecular Sciences.

The cells that underwent the targeted deletion exhibited a minor loss of SMN protein and subsequent decreased cellular stress induced by hyperactivity of the endoplasmic reticulum, when compared to those without the PE modification.

Furthermore, the researchers noted that motor neurons derived from SMA-iPSCs showcased a normal expression of FL-SMN due to a restoration of the inclusion rate of exon 7 of the SMN2 gene after the ISS-N1 targeted deletion.

This novel approach to an intronic segment yields an alternative technique to the previously proposed modification of an exon element. PE in intronic elements may represent a safer method since it has a lower risk of generating pathogenic mutations. Likewise, this alternative may be more efficient by using nonhomologous end joining instead of the homology-directed repair used in the mutation repair mechanism.

Although this study presents promising findings, it has limitations. For example, the transforming capacity of SMA-iPSCs into motor neurons was impaired, and these cells were not able to thrive in the conditions set for maturation. In addition, the FL-SMN transcript levels varied among some copies of the SMN2 gene after undergoing targeted deletion, and the phenotypical characteristics of the motor neurons derived from SMA-iPSCs did not fully match those of the normal human iPSCs.

Therapeutic options for SMA have innovated over the past years, such as employing antisense oligonucleotides (ASOs), which, although useful, have an inconvenient form of administration (repeated intrathecal injections) that has its own complications. Hence, further advances in the treatment of SMA are needed.

“Notably, our strategy avoided the continual administration of ASOs or daily medication by disrupting ISS-N1,” the authors concluded. 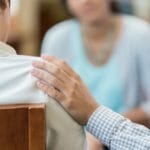