Some dietary measures could benefit patients with spinal muscular atrophy (SMA), according to a study recently published in Nutrition in Clinical Practice.

“Children with SMA type I who display gastrointestinal symptoms such as constipation and reflux may benefit from an amino acid formula that is fortified with probiotics,” the authors wrote.

This prospective, open-labeled, single-center study included 14 patients of pediatric age previously diagnosed with SMA type I who have been receiving enteral nutrition via a feeding tube and that had experienced at least 1 gastrointestinal symptoms such as reflux, vomiting, diarrhea, or constipation.

The mean age was 4.1 years old, with a z score of mean weight for age at -0.7 on the first evaluation. The majority of the sample (64%) were females. All patients had complied with a treatment regimen that included nusinersen.

Also, all required manual insufflation and exsufflation 2 or more times a day, while 78% also used noninvasive ventilation techniques for at least 12 hours per day.

At baseline, the mean resting energy expenditure was 51.5 kcal/kg, as determined by indirect calorimetry, and the most frequent gastrointestinal symptom was constipation in 85% of the participants, which required daily laxatives or stool softeners in 83% of them.

The researchers then transitioned all children to an amino acid formula containing 50% carbohydrates, 34% medium-chain triglycerides, and probiotic‐Bifidobacterium, and prebiotic‐fructo‐oligosaccharide.

After 8 weeks, 80% of the patients that previously used drugs for constipation reported an improvement and discontinued or decreased such medications. Moreover, stool consistency increased from 2.2 to 3.6 points, according to the Bristol scale, on average.

Likewise, the participants reported more frequent stool movements, from 3.6 to 4.9 per week. Among the children who experienced reflux and oral hypersecretion, 80% and 43% experienced an improvement in those symptoms, respectively. Finally, the weight for the age z score increased to -0.5. 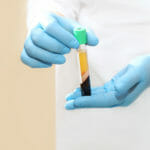