Patients with symptomatic spinal muscular atrophy (SMA) type 1 tend to have persistent and often worsening feeding and swallowing difficulties despite treatment with nusinersen (Spinraza®), according to results of a new study published in Developmental Medicine & Child Neurology.

“To our knowledge, this is the first study of nusinersen-treated patients with [SMA type 1] that has quantified bulbar dysfunction using a validated tool and compared between the [SMA type 1] subtypes,” the authors said.

Patient scores on the Pediatric Functional Oral Intake Scale either stayed the same or decreased during the 2 years following the initiation of nusinersen. A total of 14 out of the 24 patients were being tube-fed at baseline but this number had increased to 20 at 24 months after initiation. The 4 patients who were not tube-fed had the less severe SMA type 1c.

Patients also showed a worsening of respiratory function with more patients requiring noninvasive ventilation (NIV) as the study progressed. Only 13 patients required NIV at baseline but this number had increased to 21 by 24 months after treatment initiation.

Nusinersen did improve motor function in the majority of patients. Children’s Hospital of Philadelphia Infant Test of Neuromuscular Disorders (CHOP INTEND) scores had a median of 32 at baseline which increased to 42 by 12 months after initiation. This number (42) remained stable at 24 months. CHOP INTEND scores were not available for all patients, though, with only 14, 14, 15, and 18 scores available out of the 24 patients at baseline, 6 months, 12 months, and 24 months, respectively.

A total of 24 infants with SMA type 1 were recruited and treated during the study for at least 24 months between 2017 and 2020 at Great Ormond Street Hospital for Children in London, UK. Of these children, 3 had type 1a, 9 had 1b, and the other 12 had 1c. No deaths were reported during the study. 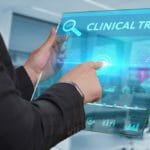