The diagnosis of many genetic diseases may be difficult in developing countries, as shown in a case series of 3 Indonesian patients who were eventually diagnosed with spinal muscular atrophy (SMA) type 3. The paper was published in the Journal of Medical Case Reports.

The series highlights the case presentations of 3 patients who were diagnosed in adulthood even though symptoms began during childhood. There were 2 males and 1 female. Each patient presented with weakness in all 4 limbs, especially the lower limbs.

The study also mentioned that none of the various polymerase-chain-reaction (PCR) technologies used to confirm genetic disorders are readily available in Indonesia. Compounding the problem are the facts that the national health insurance does not cover genetic testing, forcing patients to pay out-of-pocket, and there is a lack of standardized operational procedures for molecular genetic testing, a shortage of community awareness of genetic disorders, and a scarcity of genetic experts in the country available for consultation.

During the review of the patient’s histories and physical examinations, DMD was eliminated due to an absence of Gowers sign, shortness of breath, and cardiomyopathy. A lack of infertility and gynecomastia ruled out Kennedy’s disease. ALS was excluded due to the absence of extensor plantar response and muscle cramps.

The female patient had clinical manifestations that overlapped with BMD. However, she did not have a history of speech disturbance, shortness of breath, or toe walking. The low occurrence of BMD in females, with some, only having cardiomyopathy and mild muscle weakness, decreased the probability of this differential diagnosis.

All 3 patients were confirmed to have SMA after genetic testing showed the deletion of exon 7 of the SMN1 gene. The female patient also had a deletion in exon 8. Due to these deletions and the fact that symptom onset occurred between the ages of 18 months and 30 years, the patients were diagnosed with SMA type 3. 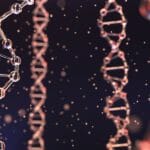 FMRP Family Members May Be Involved in SMA Pathology