Combining 2 different neurological assessment tools could become an effective screening test for spinal muscular atrophy (SMA) in newborns, according to a new study recently published in the European Journal of Pediatrics.

“Even in the absence of obvious clinical signs, a number of infants classically defined as presymptomatic, may have isolated minimal signs, such as hypotonia, tongue fasciculations, and weak/ absent reflexes,” the authors said. “The significance of weak reflexes may be underestimated during the routine discharge assessment as this sign can be found in over 20% of low-risk term infants.”

Performing both the Hammersmith Neonatal Neurological Examination (HNNE) and the floppy infant module increased the chances of identifying infants with SMA compared to using just 1 of these tools, as described by Pane et al.

The study included 17 infants with SMA, with only a little over half of them (53%) showcasing normal values in both tests. Regarding the HNNE, 5 patients had abnormal scores, in whom posture, leg recoil, ventral suspension, and reflexes were the most commonly affected items. As for the floppy infant module, 3 patients had 2 suboptimal items and 5 had more than 2 suboptimal items.

The researchers characterized 9 infants as asymptomatic since they scored normal on both tests, 3 as paucisymptomatic due to abnormal results on 1 test, and the remaining 5 as symptomatic who had suboptimal results in both scores.

Genetic testing confirmed that the number of SMN2 copies correlated with the abnormal neurological findings observed in the tests. The floppy infant module further evaluated the breathing pattern and typical muscle weakness distribution of SMA, allowing a potential classification of the patients into disease subtypes.

“While the HNNE, designed as a general neurological assessment for newborns, was able to detect all cases with obvious or minimal clinical signs, the floppy module provided a more qualitative assessment providing the opportunity to subdivide patients according to the presence or absence of SMA specific signs, that cannot be extrapolated by the HNNE,” the authors said.

Given these results, they suggest including both evaluation tools as a novel screening system for SMA, highlighting the importance of an early diagnosis that will yield a timely initiation of treatment for these patients. 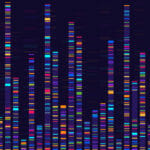