Blood microRNAs could be used as biomarkers to indicate the response of patients with spinal muscular atrophy (SMA) to treatment with nusinersen as well as to monitor the efficacy of the treatment, according to a new study published in the Annals of Clinical and Translational Neurology.

“Some of these microRNAs provide insight into processes involved in SMA that could be exploited as novel therapeutic targets,” the authors of the study wrote. The response to treatment with nusinersen varies greatly between patients.

Here, a team of researchers led by Haiyan Zhou, MD, PhD, from Great Ormond Street Institute of Child Health, University College London in the United Kingdom investigated whether this could be linked to circulating microRNAs in the blood. The team evaluated the different circulating microRNAs and patient responses to treatment to find any correlation between them.

Read more about nusinersen for SMA

The researchers then analyzed these 69 microRNAs in 22 patients with SMA type 1 who received 3 doses of nusinersen, the therapeutic response cohort. They found that the levels of 7 microRNAs at baseline were associated with response to treatment at 2 and 6 months. These were miR-107, miR-142-5p, miR-335-5p, miR-423-3p, miR-660-5p, miR-378a-3p, and miR-23a-3p. The levels of these microRNAs after 2 months of treatment were also associated with patient response to treatment after 6 months.

Further research is needed to clarify the relationship between microRNAs and disease progression and how microRNAs are linked to improvements in motor function following treatment with nusinersen. 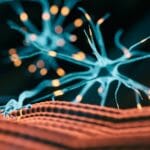