Biogen announced plans to initiate a new clinical trial of nusinersen (Spinraza®) in patients with later-onset spinal muscular atrophy (SMA). In this new trial, called ASCEND, patients will receive a dose of 28 mg dose, higher than the currently capped dose of 12 mg, according to a press release from the company.

“As part of my clinical practice, we’ve observed an opportunity to potentially further improve patient outcomes. With a higher dose of nusinersen, we are positioned to explore what may be possible,” said Tim Hagenacker, head of the Neuromuscular Diseases Unit, Essen University in Germany, and member of the ASCEND study steering committee.

To be eligible for the study, patients must be aged between 5 and 39 years, be nonambulatory, fall within a certain range of measurements on the Revised Upper Limb Module (RULM), and have been previously treated with the 5 mg maximum dosage of risdiplam (Evrysdi®).

“We believe that lower drug exposure may be contributing to less-than-optimal treatment outcomes for some patients treated with Evrysdi,” said Maha Radhakrishnan, MD, chief medical officer at Biogen. “The ASCEND study seeks to understand if nusinersen may address that unmet medical need and will help inform the future of SMA treatment, with the hope of improving patients’ outcomes for the long term.”

Risdiplam exposures decrease as patients age and weight increases, and drug concentrations are approximately 40% lower in adults compared to children, according to a news release from Biogen. Motor neuron exposure to nusinersen “remains similar as patients age and grow,” the company said.

The ASCEND trial protocol has been submitted to the US Food and Drug Administration (FDA) and Biogen is targeting enrollment of its first patients before the end of 2021. The trial is estimated to last 2.5 years and will recruit up to 135 patients.

During the study, patients will receive 2 loading doses of 50 mg of nusinersen 2 weeks apart. Maintenance doses of 28 mg will then be given every 4 months until the end of the trial.

Treatment efficacy will be evaluated by the RULM and safety, caregiver burden, and scores on the Hammersmith Functional Motor Scale Expanded (HFMSE) assessment will also be measured. Any patients aged 13 years and older will also have their upper limb motor function assessed using a mobile application called Konectom. Biological disease activity will be estimated using neurofilament levels as a biomarker.

The higher 28 mg dose of nusinersen is also being investigated in another clinical trial, called DEVOTE (NCT04089566), which is estimated to conclude by July 2023. 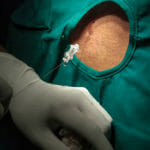