A team of German researchers has identified 1H-nuclear magnetic resonance (NMR)-based urinary metabolic profiling as a potential diagnostic and prognostic biomarker in spinal muscular atrophy (SMA), according to a study published in the Orphanet Journal of Rare Diseases.

One of the major problems hampering the treatment of SMA is that physicians cannot reliably predict disease severity. “Due to the absence of predictive biomarkers, treatment decisions are currently based on quantification of SMN2 copy numbers, with moderate genotype-phenotype correlation,” the research team wrote.

“The aim of this proof-of-concept study was to use a highly standardized and strictly quality controlled NMR-based metabolomics platform to further explore whether urinary metabolic signatures can serve as additional biomarkers for diagnosis and disease prediction in SMA,” they wrote.

“Using machine-learning algorithms, we propose a set of prediction models built on urinary fingerprints that showed potential diagnostic value in discriminating SMA patients from controls and DMD, as well as predictive properties in separating between SMA types, allowing predictions about phenotypic severity,” the authors said.

The findings of this study have the potential to be used in a wide variety of circumstances. “Our results demonstrate that 1H-NMR-based metabolic profiling of urinary samples is feasible and might hold the potential to complement current treatment algorithms in SMA, providing an additional tool for diagnosis, disease prediction, therapeutic decision-making, and follow-up under treatment,” the researchers concluded. 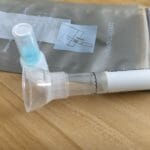