Physicians detailed the very rare case of a patient diagnosed with systemic mastocytosis (SM) while in remission from chronic myeloid leukemia, in Case Reports in Hematology.

The case presents a 45-year-old man who was referred to a mastocytosis outpatient clinic due to high serum tryptase levels (27.5 ng/mL). He previously experienced 3 near-fatal anaphylaxis episodes from Hymenoptera stings in the last 10 years.

His past medical history included a diagnosis of chronic myeloid leukemia 8 years ago. At that time, he was prescribed dasatinib (a second-generation tyrosine kinase inhibitor) at 100 mg per day, which he took for almost 7 years. He entered into full remission 4 to 5 years into therapy and did not experience any treatment complications.

In the last 16 months, he discontinued his dasatinib therapy and but maintained a deep molecular response as evidenced by his treatment-free remission. Bone marrow studies were conducted during the initial diagnosis of chronic myeloid leukemia but were unavailable for analysis during his latest visit.

“Additional studies on the bone marrow samples showed a normal karyotype (46, XY), while allele-specific polymerase chain reaction for KITD816V detection was positive,” the authors wrote. “Therefore, the diagnosis of systemic mastocytosis was documented, according to the recent WHO criteria.”

The patient’s physicians initiated venom immunotherapy in combination with omalizumab after the patient had an anaphylactic reaction during immunotherapy administration. Because the patient did not present with any c-findings, cytoreductive therapy was not started.

Venom sting is one of the most common anaphylaxis triggers among adult mastocytosis patients. This case study demonstrates the importance of recognizing the high prevalence of venom allergy among patients with systemic mastocytosis. 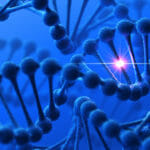