Avapritinib could become an efficient alternative to treat liver fibrosis in patients with systemic mastocytosis (SM), according to a study recently published in Blood Advances.

“For the first time we showed that liver fibrosis may regress with avapritinib treatment,” the authors wrote.

This article describes 2 patients diagnosed with SM who developed liver fibrosis. The first patient was described as a 39-year-old male who presented with diarrhea and abdominal pain that progressively worsened. He reported a weight loss of 30 kilograms in 1 year. Previous laboratory tests had revealed thrombocytopenia with platelets at 137 x 109/L.

Imaging studies such as ultrasonography and computed tomography revealed hepatosplenomegaly with a liver of 22 cm in length, lymphadenopathy, and diffuse sclerotic appearance of bones. A bone marrow biopsy reported 50% mast cells (MCs) with a mutation in the KIT gene (D816V). Results of subsequent magnetic resonance elastography (MRE) were consistent with stage 4 hepatic fibrosis.

The other patient was a 63-year-old female who presented with diarrhea and abnormal laboratory values of tryptase (400 ug/L) and bicytopenia (white blood cell count of 1.25 x 109/L and platelet levels of 125 x 109/L). She had a medical history of urticaria pigmentosa diagnosed 6 years prior.

The bone marrow biopsy demonstrated 60% diffuse infiltrates of atypical MCs with a KIT D816V mutation, concluding a diagnosis of acute SM. The patient later underwent an MRE, further detecting stage 4 liver fibrosis. Treatment with interferon-alpha and midostaurin were effective but not well tolerated; hence she discontinued both.

Both individuals began treatment with avapritinib and showcased clinical and laboratory improvement. Notably, liver fibrosis also improved upon treatment initiation. In the first patient, the mean liver stiffness decreased 2.45 kPa in the first 6 months, and an additional 0.25 kPA at the 15-month follow-up. Similarly, the second patient achieved liver fibrosis stage 1-2 at the 2-month checkup.

These results establish for the first time a potential use of avapritinib for liver fibrosis. Also, the second case suggests this condition may be more common among patients with SM than currently thought, even in the absence of related symptoms, further emphasizing the importance of assessing the effectiveness of avapritinib to treat both conditions simultaneously.

“Therefore, we highly recommend MRE to be integrated in prospective studies, and liver biopsies should be considered more often when MRE is significantly abnormal for optimal prognostication and treatment of SM,” the authors concluded. 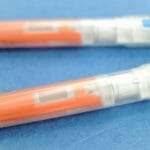