Altered distribution of leukocyte subsets and a proinflammatory proteome was seen in 2 independent groups of patients with indolent systemic mastocytosis, according to a new study published in the Journal of Allergy and Clinical Immunology.

This observation led the authors of the study to hypothesize that neoplastic mast cells could be recruiting and activating immune cells such as dendritic cells, monocytes, and T cells, “leading to a vicious cycle of inflammation.”

To elucidate the potential role of immune cells in systemic inflammation in indolent systemic mastocytosis, the team led by Wim A. Dik, PhD, from the Laboratory of Medical Immunology, Department of Immunology, Erasmus University Medical Center in Rotterdam, The Netherlands phenotyped the peripheral blood leukocytes of 18 adults with the disease and 12 healthy volunteers.

The researchers also measured 169 proteins known to be associated with inflammation in the serum of an independent group of 20 patients and 20 healthy volunteers.

They found that the proportion of plasmacytoid dendritic cells and monocytes was significantly decreased in the peripheral blood of patients with indolent systemic mastocytosis compared to healthy people. The proportion of TH2 cells, on the other hand, was increased in patients, compared to those without the disease.

Moreover, the researchers saw that there was a shift from naive to memory T cells in the blood of patients with indolent systemic mastocytosis.

Finally, patients in the first group experienced fatigue more often than those in the second group.

“Our findings emphasize the importance of considering other immune components in the pathogenesis of mastocytosis,” the authors concluded. “Characterization of inflammatory mechanisms in [indolent systemic mastocytosis] might uncover additional targets for treatment, in particular for constitutional symptoms such as fatigue.” 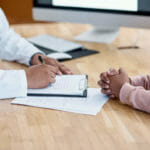