Innate immune cells such as dendritic cells and monocytes may contribute to cytokine imbalance and immune dysregulation in patients with systemic mastocytosis (SM), according to a recently published study in Clinical and Translational Allergy.

The study aimed to assess the functional behavior and kinetics of monocytes and dendritic cells in 115 patients with SM and compare them to those of 42 healthy controls.

The authors analyzed the ex vivo and in vitro stimulated cytokine production by blood monocytes, quantified cytokine levels in plasma, and performed flow cytometric identification of monocytes and dendritic cells.

The results showed that monocytes from the blood of patients with SM spontaneously produced significantly more interleukin (IL) 6, IL-10, IL-8, and tumor necrosis factor-alpha (TNFα) than those of the controls. However, when artificially stimulated with interferon gamma and lipopolysaccharide, fewer inflammatory cytokines were produced, implying functional exhaustion.

The plasma of patients with SM also had significantly higher levels of IL-6, IL-10, IL-18, and TNFα than the plasma of individuals from the control group.

Flow cytometric identification and enumeration reported that MO and DC counts were significantly lower in the blood of SM patients than in the controls. The researchers demonstrated that both functional and distributional MO and DC abnormalities could be observed in SM.

The results coincide with previous studies that reported increased amounts of inflammatory cytokines in the blood of patients with SM. Nonetheless, this study is the first to assess the contribution of cells other than mast cells to this cytokine imbalance.

“Taken together, these findings point out a broad immune activation in SM, with a potential role for innate myeloid cells other than [mast cell] in the pathophysiology and clinical behavior of mastocytosis,” the authors concluded. 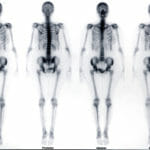