Moreover, avapritinib treatment reduced the risk of death by 58% compared to the best available therapy in patients with SM with an associated hematological neoplasm, according to a press release from Blueprint Medicines, which developed the treatment.

Read more about the types of systemic mastocytosis

In the press release, Andreas Reiter, MD, the leader of the Centre of Excellence for Myeloproliferative Neoplasms at University Medical Centre, Heidelberg University in Mannheim, Germany, said, “These results are highly meaningful for this patient population, which has a significant disease burden and limited treatment options.”

SM is characterized by the presence of focal and/or diffuse infiltrates of neoplastic mast cells in the bone marrow, liver, spleen, and gastrointestinal tract.

Avapritinib is a kinase inhibitor approved by the US Food and Drug Administration (FDA) to treat adults with advanced SM, including aggressive SM, SM with an associated hematological neoplasm, and mast cell leukemia. The treatment is also approved by the European Commission (EC) for the same indications after trying at least 1 systemic therapy. 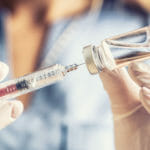