The idiopathic pulmonary fibrosis (IPF) drugs nintedanib, pirfenidone, and sildenafil likely reduce mortality in patients with IPF, according to a systematic review of the literature and network meta-analysis of 22 approved or studied treatments for IPF. The investigational drug pamrevlumab may also reduce mortality.

The prognosis of IPF remains poor. The effectiveness of available drugs is limited, and their comparative efficacy is unclear. There are also novel treatments being developed that have not been compared.

Here, a team of researchers led by Dena Zeraatkar, PhD, assessed the comparative effectiveness of 22 IPF drugs that have already been approved or are being studied in clinical trials. The researchers identified 48 studies that included 10,326 patients.

Finally, the researchers found that corticosteroids plus azathioprine and N-acetylcysteine increased the risk of serious adverse events compared to placebo with high certainty.

“Future guidelines should consider sildenafil for IPF and further research needs to be done on promising IPF treatments such as pamrevlumab and pentraxin as phase 3 trials are completed,” the researchers wrote.

The study was published in Thorax. 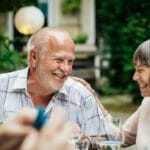