Researchers discovered that sleep disturbances might be caused by an imbalance of cortisol levels in patients with sickle cell disease (SCD), as published in Comprehensive Psychoneuroendocrinology. This plays a role in the neurocognitive impairment that is well known to be prevalent in this disease.

Kölbel and colleagues included 45 individuals of both sexes out of which 27 had SCD aged between 9 and 29 years, and 18 were healthy individuals aged between 11 and 25 years. All participants underwent cognitive assessments using the Wechsler Intelligence Scale for Children or the Wechsler Adult Intelligence Scale, had saliva samples taken on wakening to determine cortisol levels, and were asked to complete a standardized questionnaire about sleep behavior while also wearing an actigraphy device to monitor movements for 7 days.

Although sleep quality and the cortisol effect is well understood as a critical factor on cognitive function in the general population, it has not yet been acknowledged as influential in patients with SCD. The revealing results of this publication suggest cortisol could be a new therapeutic target to aid in cognitive dysfunctions.

“These disturbances may also have a negative impact on optimal learning and daytime functioning for children and become challenging in employment settings,” the authors concluded. “Interventions need to be targeted in the early years of the developmental stages prior to health-related problems, because they could manifest themselves and cause long-term difficulties.” 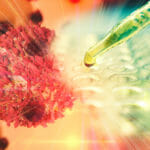