Functional mitochondria are retained in red blood cells (RBCs) of patients with sickle cell disease (SCD), possibly causing immune responses and leading to complications, according to an article published in the British Journal of Haematology.

Patients with SCD had a significant increase in mature RBCs (CD71–) staining positive for mitochondria (MitoTracker+) than healthy blood donors and people with the sickle cell trait (13.0 ±10.4%; P <.0001). A significant increase in the number of CD71+ reticulocytes staining positive for mitochondria (MitoTracker+) was also observed in SCD patients compared to healthy donors and those with sickle cell trait (82.8 ± 21.8%; P <.001).

“This study provides, for the first time, a comprehensive evaluation of the impact of mitochondria on the metabolism and proteome of mature RBCs in patients with SCD,” the study’s authors said.

“Furthermore, it demonstrates that RBCs from patients with SCD not only retain mitochondria, but also that these mitochondria remain functional and can induce anti-viral responses upon recognition by immune cells,” the authors wrote. 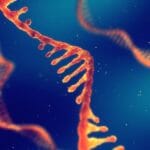