Craniosynostosis, which is the partial or complete premature/nonphysiologic closure of 1 or more cranial sutures prior to full brain development, is usually detected prenatally and is linked to a characteristic change in cranial shape that typically signals its presence in infancy.

For this study, the investigators conducted a retrospective review regarding the association between SCD and craniosynostosis. Recognizing that to date, this association has been reported mostly in small series or case reports, they sought to explore any correlation between these 2 entities in a large pediatric population.

The team reviewed all head computed tomography (CT) scans of patients with SCD between 0 and 8 years of age who required a CT between 2012 and 202 for issues not related to head shape.

SCD is the result of a point mutation in the beta-globin chain of hemoglobin (Hb). Of the total study population, 80.9% of the individuals had a diagnosis of homozygous disease (HbSS), whereas heterozygous HbS with another defective globin gene such as HbC (HbSC) or beta-thalassemia (HbSBThal) was observed in 11.7% and 7.4% of participants, respectively.

In the study cohort, craniosynostosis was reported in 19.1% (18 of 94) of the patients. All of the patients affected were African American, and 55.6% were female. Fusion of the sagittal suture was observed in all of the patients, with a percentage of fusion that ranged from 65% to 100%.

The investigators concluded that, “The clinical relevance and impact of these findings are unclear and require more study; however, centers that manage children with SCD should establish protocols for identification, evaluation, and follow-up of those who develop CS (craniosynostosis) early in life.” 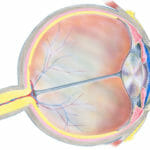