The dysfunction of the adenosine triphosphate-dependent valosin-containing chaperone protein (p97) is at the center of the impaired ubiquitin-proteasome system and contributes to oxidative stress in sickle cell disease (SCD), a new study published in the FASEB Journal found.

The research team led by Yang Xia, PhD, from the Department of Biochemistry and Molecular Biology at the University of Texas in Houston reported high levels of polyubiquitinated membrane-associated proteins in sickle red blood cells.

Read more about the etiology of SCD

Proteomic analyses showed that a number of proteins were highly ubiquitinated in these cells. These included cytoskeletal proteins, transporters, proteins related to reactive oxygen species, and components of the ubiquitin-proteasome system. Moreover, the polyubiquitination of membrane-associated catalase was also higher in sickle red blood cells. This meant that catalyze activity was reduced and reactive oxygen species were increased.

“Surprisingly, shuttling of p97 . . . was significantly impaired, resulting in significant accumulation of p97 along with polyubiquitinated proteins in the membrane of human [sickle red blood cells],” the researchers wrote. They showed that the inhibition of p97 led to the accumulation of polyubiquitinated membrane-associated proteins, high levels of reactive oxygen species, and sickling in response to hypoxia.

p97 is a key component of the ubiquitin-proteasome system. It plays an important role in the shuttling of polyubiquitinated proteins from the cell membrane to the cytoplasm to be degraded in the proteosome.

The findings of this study open up new avenues for the development of antioxidative stress-based therapies for the management of SCD. 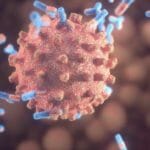 Experts Develop Therapeutic Algorithm for Patients With SCD and COVID-19