A team of researchers discovered that the macular choroidal thickness of asymptomatic pediatric patients with sickle cell disease (SCD) was thinner than that of people without SCD, according to a study published in the International Journal of Retina and Vitreous.

SCD predisposes patients to chronic hemolysis and vaso-occlusive events. About 10% to 20% of patients experience visual loss due to complications from SCD.

“Although the retinal findings in SCD are predominantly in the retinal periphery, macular changes also can occur including macular infarctions and enlargement of the foveal avascular zone with perifoveal capillary dropout,” the authors of the study wrote.

Existing medical literature has focused on retinal thinning in the macular area of adult SCD patients; Prazeres and colleagues wanted to characterize this condition specifically in pediatric patients. To do so, they used spectral-domain optical coherence tomography (SD-OCT) to evaluate choroidal thickness.

The research team conducted a retrospective study in consecutive asymptomatic pediatric patients diagnosed with SCD (n=40) at the Department of Ophthalmology at a Brazilian hospital. Various visual acuity tests were conducted, including the Snellen chart, indirect ophthalmoscopy after pupil dilation, slit-lamp biomicroscopy, and fundus photography.

The results demonstrated that the choroidal thickness in the macular area of the eyes of the pediatric patients with SCD was significantly thinner than that of the control group. This was true in the subfovea, temporal parafovea, nasal parafovea, temporal perifovea, and nasal perifovea. Meanwhile, variations in retinal thickness between the groups were statistically insignificant.

“The current study showed that the choroid was significantly thinner in the macular area of pediatric patients with SCD, which may be related to the choroidal microvasculature changes that precede retinal thinning,” the authors of the study concluded. 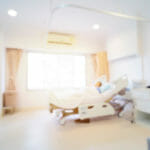 Severe COVID-19 in Patients With SCD: Prevention, Risk, and Treatment