Patients with sickle cell disease (SCD) who take corticosteroids are at a significantly increased risk of hospitalization for pain crises, also known as vaso-occlusive events (VOEs), according to a new study published in Blood. Age, female sex, and those not taking hydroxyurea were among the most at risk of hospitalization.

“Based on our data, corticosteroids are commonly prescribed for conditions unrelated to their underlying SCD. [VOEs] and related hospitalization appear to follow corticosteroid prescription fairly quickly. This evidence suggests corticosteroids may be contributing to the events and should be avoided as much as possible in these patients.”

The authors caution that corticosteroid exposure measurements were based on dispensing data, so whether patients actually took the medicine has not been confirmed. However, related studies have shown that withdrawal of corticosteroids in patients with SCD is associated with rebound pain. The American Society of Hematology recommends against corticosteroid use in this population for pain management, and these study results further highlight the importance of avoiding them in SCD whenever possible. 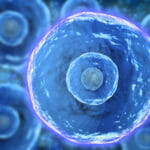