Researchers determined the level of enzyme activity and clinical severity of 6 novel genotype variants for Pompe disease (PD) and published their results in Genetics in Medicine as well as presented in an abstract at the American College of Medical Genetics and Genomics Annual Clinical Genetics Meeting 2022.

The in vitro experimental study conducted by Goomber and colleagues individually analyzed 8 mutations of the GAA gene, previously classified as variants of uncertain significance (VUS). Among these, 4 VUS generated both a diminished activity and lower concentration of the acid alpha-glucosidase (GAA) enzyme.

The other 3 missense VUS showcased the complete inability for the enzyme to perform a catalytic activity. A western blot determined that these mature proteins lacked the 76kDa and 70kDa bands, therefore suggesting a clinical significance of that alteration. Finally, 1 VUS conferred normal activity and expression of GAA.

“Of the 626 missense GAA variants annotated in ClinVar, 448 (70%) of these are classified as VUS,” the authors said. “With the increase of novel and unclassified GAA variants due to [newborn screening], there is an urgent need for a reliable and reproducible in vitro functional analysis expression system that can be used to aid in classification of these variants which will enable appropriate clinical management.”

The investigators first transfected 7 known pathogenic and 5 known benign variants using a HEK293 mammalian cell line system, obtaining a GAA enzyme activity of 0%-11% and 54%-100% respectively for each group. They validated each group according to the Clinical Genomics Sequence Variant Interpretation Working Group criteria.

Since 2015, PD has been included in the Recommended Uniform Screening Panel; nonetheless, late-onset PD accounts for up 80% of the cases. Although GAA levels remain critical for diagnosing the disease, confirmatory genetic testing is sometimes needed. Many genotypes have not yet been fully classified in such cases, hindering the prognosis and adequate treatment assessment.

“Our work has allowed reclassification of 6 of the 8 variants studied as either ‘likely pathogenic’ or ‘likely benign’ following [American College of Medical Genetics-Association for Molecular Pathology] classification guidelines and other published standards, and thus has helped improve the management of these patients,” the authors concluded. 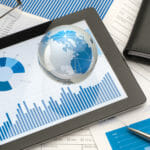