The administration of a ketone precursor, 1,3-butanediol (BD), increased blood ketone levels and reduced oxidative damage and autophagic buildup in type 2 muscle fibers in a mouse model with Pompe disease (PD), as published in Molecular Genetics and Metabolism. The researchers found that combining BD and antioxidant treatment was more effective than other treatments, including a ketogenic diet, in promoting molecular and functional benefits in the mice.

“In the current study, the addition of a multi-ingredient, antioxidant cocktail (MITO) improved PD pathology over standard enzyme replacement therapy (ERT) and ERT-BD,” the authors wrote.

“Our study thereby extends Tarallo’s findings by showing that a combination of naturally occurring, water and lipid-soluble antioxidants may aid in mitigating oxidative damage and autophagic buildup during long-term ERT.”

The research team compared the results of several different treatment combinations of standard ERT, a ketogenic diet, an oral ketone precursor, a MITO cocktail, and cotherapy with both BD and MITO on muscle pathology in GAA-knockout mice as a model of PD. The results showed that ERT combined with a ketone precursor, a MITO cocktail, and BD in this case, had the greatest attenuating effect on PD muscle pathology.

The authors note that next-generation ketone precursors are known to be well tolerated in healthy adults, but the feasibility of this type of supplementation will need to be assessed in patients in the near future. Furthermore, various antioxidant combinations are already well studied in humans and can be recommended for use by clinicians.

The team expects that the optimal approach to targeting the many facets of muscle wasting in PD will likely involve a multi-ingredient approach combined with standard ERT. 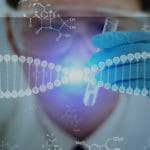