Body Impedance Vectorial Analysis (BIVA) may be able to predict long-term response to treatment for late-onset Pompe disease, according to a new study published in Frontiers in Cell and Developmental Biology.

According to the authors of the study, low phase angle may be used as a marker of muscle quality. Thus, it may help predict the response to muscle-targeted treatments such as enzyme replacement therapy in patients with late-onset Pompe disease. This way, patients who are more fragile and at a higher risk of deterioration, and therefore need closer follow-up, can be easily identified.

The study team, led by Hellas Cena, MD, PhD, investigated the usefulness of BIVA to assess serial body composition in 15 patients with late-onset Pompe disease, aged 33 to 66 years, who were at different stages of the disease and were being treated with enzyme replacement therapy. The patients were followed up for 15 years.

The results showed that most patients benefited from long-term treatment with enzyme replacement therapy. However, some secondary decline did occur after the first 3 to 5 years of treatment.

BIVA is a tool that indirectly assesses fat-free mass, fat mass, body cell mass, and phase angle in a noninvasive way. Phase angle is an index of nutritional status that is used in several diseases as a prognostic index of survival. 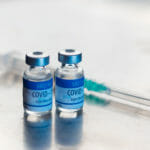