A high degree of variability was observed in the phenotypes of infants with late-onset Pompe disease (LOPD), as published in Molecular Genetics and Metabolism. The results showed a wide range of variability in the musculoskeletal symptoms of these patients using Alberta Infant Motor Scale scores ranging between the 5th and 90th percentile.

While all patients demonstrated postural and kinematic concerns, 3 of the 18 patients (17%) scored below the 10th percentile and the other 15 (83%) scored above it. The most commonly observed features (in 80% or greater of patients) were lack of age-appropriate use of hip extensors, increased hip external rotation in sitting, and tight iliotibial bands.

Of the patients, 4 of them were homozygous for the c.-32-13T>G (IVS1) splice site variant and 14 were heterozygous with the IVS1 variant and a second GAA variant. The 2 remaining patients both had a missense mutation while 1 had a silent mutation and the other had a frameshift mutation.

“While outward signs of musculoskeletal involvement may not always be apparent, serum biomarkers such as CK and AST/ALT may be indicative of disease progression,” the authors said. “While these are not specific to Pompe disease, elevated muscle enzymes in the setting of a known progressive muscle disease warrants continued monitoring and evaluation.”

None of the patients showed evidence of hypertrophic cardiomyopathy (HCM) on echocardiogram. Of the 12 patients that underwent electrocardiogram, none had major abnormalities. Speech-language pathology assessment in all patients indicated that speech and language function was within normal limits. Clinical feeding/swallowing assessments did reveal mild dysphagia (n=9) and mild clinical signs of aspiration (n=6) in some cases.

“Evidence up until this publication suggests the IVS1 variant is cardioprotective based on residual functional GAA enzyme levels, and our data continues to support this,” the authors said.

A total of 20 infants (12 male and 8 female) were included in the study. All patients tested positive for GAA variants on newborn screening and had an absence of HCM indicating a diagnosis of LOPD. Most of the patients (n=17) were Caucasian while 1 was of Chinese descent and 2 patients were mixed Caucasian and Black/African American. 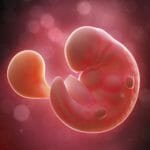