In academic tertiary neuromuscular practices in the United States and Canada, the prevalence of late-onset Pompe disease  (LOPD) in undiagnosed patients fitting the criteria of elevated creatine kinase, neck weakness, and proximal muscle weakness is estimated to be 1%, with an identical prevalence rate of pseudodeficiency alleles, according to a new study.

Pompe disease is a genetic autosomal recessive lysosomal storage disease resulting from the deficiency of acid alpha-glucosidase (GAA), which causes the buildup of glycogen within the lysosomes in skeletal and cardiac myofibers, thereby leading to progressive muscle dysfunction, respiratory disorder, and critical motor disability.

Previous global studies estimated the prevalence of infantile-onset Pompe (IOPD) to be 1 in 138,000, and for late-onset Pompe disease (LOPD), it was reported to be 1 in 57,000. However, there is a lack of similar data in North America, and Pompe disease’s prevalence likely reflects the population diversity. Certain racial and ethnic groups, such as African Americans and Asians, are more likely to be at a higher risk for the disease, the researchers noted.

The paper was published in the journal Neurology Genetics.

This multicenter center study involved 13 academic neuromuscular practices across US and Canada, enrolling 921 participants undergoing an evaluation for muscle disease between July 2015 and July 2018. Clinical details were extracted from their medical records.

Blood collection was done in EDTA tubes, then sent to Duke Biochemical Genetics Laboratory in Durham, North Carolina, to carry out the GAA enzyme assay and molecular reflex tests.

A separate tube for DNA was collected and sent to the Center for Neurobehavioral Genetics at the University of California, Los Angeles, in case the patient agreed to the optional additional DNA study. Blood samples were dried blood spotted, and examined for GAA enzyme activity, as measured by the optimized GAA assay published before.

The study classified any GAA enzyme levels of 10.0 pmoL/punch/h or less as abnormal. The conservative upper limit for deficiency at Duke Laboratory was reported to be a GAA enzyme level of less than 3.88 pmoL/ punch/h for identifying patients with pseudodeficiency.

“We found the prevalence of LOPD to be 1% in a large cohort of patients from 13 US and Canadian tertiary neuromuscular practices,” the authors concluded.

“Though most of the patients captured in this study had clinical disease manifestations, yet they had not received next-generation sequencing. Despite the increasing availability of next generation sequencing, patients with rare diseases still go through a diagnostic odyssey to achieve a definitive diagnosis,” the researchers wrote.

An increasing number of physicians in Europe and the US are using the next generation sequencing-based disease-specific gene panels for the diagnosis of new cases of Pompe disease. “This study shows that we are not yet at the point when the availability of next-generation sequencing is the single tool needed to diagnosis patients with Pompe,” the authors highlighted.

Moreover, large-scale prevalence studies using GAA enzyme assay are currently underway in Asia, Africa, and South America. These studies are vital as they help to ease the economic burden by allowing more expensive molecular testing in only a small percentage of patients. 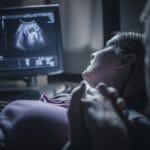