Researchers revealed a successful therapeutic regime with enzyme replacement therapy (ERT) for a pregnant patient with Pompe disease (PD) without harming the infant and published their results in Archives of Clinical and Medical Case Reports.

Nampoothiri et al described a 21-year-old female diagnosed with juvenile PD at 16 years after consulting for progressive muscle weakness. After confirming the diagnosis, ERT began with noticeable improvement. After 5 years of treatment, a spontaneous pregnancy was conceived, and a multidisciplinary team did close monitoring.

Pregnancy ended at 36 weeks of gestation via a cesarean section, delivering a healthy female baby. ERT was never interrupted during pregnancy nor puerperium, although breastfeeding resumed 24 hours after an infusion. After 6 months from delivery, the patient regained muscular capacity, achieving prepregnancy status.

Another case included a female patient, healthy until 15 years of age until she began experiencing progressive muscle weakness. At 20-years-old a spontaneous conception occurred, and symptoms remained stable until the third trimester when she experienced worsening of motor skills and frequent buckling of both knees. The pregnancy ended without other complications at full term by a cesarean section due to transverse lie, delivering a healthy female baby.

During puerperium, however, she complained of further worsening symptoms consisting of proximal muscle weakness. She consulted again at 25-years-old when a muscle biopsy and enzyme analysis confirmed PD. ERT was initiated, and after 20 infusions, symptoms diminished considerably, disappearing in some activities. To date, the patient complies with the same therapeutic scheme with satisfactory results.

Due to the rarity of PD, not enough data regarding the safety and recommendations for ERT and other possible therapeutic regimens during pregnancy and breastfeeding are available. However, both cases exhibited considerably worsening of symptoms in the third trimester, and regaining of function was quicker in the first patient that received ERT, suggesting this may be an effective and safe option.

“Pregnancy in a woman with PD should be considered as potentially high-risk, and requires special attention and monitoring,” the authors concluded. “Continuing ERT during pregnancy in patients with PD might be a beneficial option to maintain muscular and pulmonary functions with no apparent adverse effects to the developing fetus particularly in patients requiring assisted ventilation.” 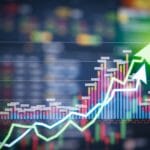