A new case report details the successful use of bortezomib and rituximab to suppress the development of anti-recombinant human acid α-glucosidase (rhGAA) antibodies in a boy with Pompe disease (PD), thus maintaining the effectiveness of enzyme replacement therapy (ERT).

The case report, published in Pediatric Nephrology, also reported that early detection of proteinuria in the patient might have contributed to his improved prognosis.

“Anti-supplementary enzyme antibodies commonly develop during the early course of ERT but are usually asymptomatic; however, they may lead to severe infusion reactions and diminished therapeutic efficacy in some patients,” the authors wrote. “Here, we first report the efficacy of aggressive immunotherapy combined with bortezomib and rituximab for the treatment of [membranous nephropathy (MN)].”

The case presented was that of a 14-year-old boy with late-onset PD. He began ERT at the age of 4 years, but he developed anaphylactic reactions 1 year later and anti-rhGAA antibodies were detected.

ERT was interrupted for 3 months and then restarted, and methotrexate and rituximab were initiated to suppress the production of the antibodies. The patient was able to continue ERT on this regimen, but he developed urticaria, slight respiratory distress, and ultimately proteinuria, after which he was diagnosed with stage II MN due to the antibodies.

The patient’s team then decided to administer bortezomib, a proteasome inhibitor that targets plasma cells, for 2 courses of 2 weeks each, 4 months apart, along with rituximab to suppress antibody production. Both the proteinuria and antibody titers improved rapidly, and the proteinuria disappeared after 8 months.

The patient remained in remission for 2 years, and his kidney function was normal. He is currently on oral enalapril and rituximab and undergoes regular monitoring for PD and MN. 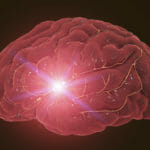