Patients with pulmonary arterial hypertension (PAH) who respond to treatment with ambrisentan plus tadalafil are often younger, female, and less likely to have comorbidities or require oxygen therapy, a new study published in the International Heart Journal found.

“Besides demographic factors, the absence of comorbidities and less severe disease state, and the use of aldosterone antagonist therapy identified patients with PAH most likely to respond to initial combination therapy with ambrisentan and tadalafil,” the study authors wrote. They added that more research is needed to evaluate the role of aldosterone antagonist therapy for the treatment of PAH.

Here, a team of researchers led by David G Kiely, BSc (Hons), MD, FRCP, honorary professor of pulmonary vascular medicine in the Department of Infection, Immunity and Cardiovascular Disease at the University of Sheffield, England and director of the Sheffield Pulmonary Vascular Disease Unit, examined data from 302 patients with PAH who were given initial combination therapy in the AMBITION study to identify predictors for response to initial combination therapy. A responder was defined as a patient who did not undergo a clinical failure event.

Multivariate analysis found that female sex, longer 6-minute walk distance, lower levels of N-terminal-prohormone of brain natriuretic peptide at baseline, and the use of aldosterone antagonists were independent predictors of response to initial combination therapy.

“Patients who are younger, female, and with fewer comorbidities and less severe physiological disease are most likely to respond to initial combination therapy with ambrisentan and tadalafil,” the researchers concluded. 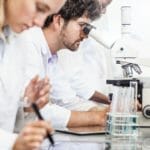