Researchers reported that inhaled treprostinil is safe and well-tolerated in patients with pulmonary hypertension (the parent disease of pulmonary arterial hypertension [PAH]) due to interstitial lung disease, according to an abstract published in CHEST.

The INCREASE study previously reported that inhaled treprostinil improved exercise capacity in patients with pulmonary hypertension due to interstitial lung disease. In the study, the 6-minute walk distance was the primary outcome measure over 16 weeks.

As a result of the INCREASE study, the US Food and Drug Administration approved the use of this medication for patients with pulmonary hypertension due to interstitial lung disease—the first and only treatment for this category of disease. Participants from the study were eligible for the open-label extension portion, which aimed to study the drug’s long-term effects.

“Overall rates of resolution/recovery of [adverse effects], defined as a return to baseline, were calculated as well as the percentage of patients who discontinued the study due to the [adverse effects],” the authors wrote.

Two hundred forty participants from the INCREASE study chose to participate in the open-label extension. The results revealed that the most common adverse effects reported were cough, dyspnea, headache, diarrhea, and dizziness and that these were resolved in 58%, 52%, 78%, 68%, and 58% of patients, respectively. The percentage of patients who discontinued the study due to these adverse effects ranged from 0% to 2.9%. 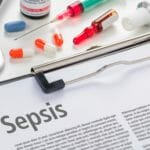