Inhaled seralutinib improved cardiopulmonary hemodynamics and inflammatory biomarkers, reduced N-terminal prohormone of brain natriuretic peptide (NT-proBNP) levels, and reversed remodeling of the pulmonary vasculature in 2 animal models of pulmonary arterial hypertension (PAH). The treatment was found to be more effective than imatinib. These results were published in the European Respiratory Journal.

“We are excited to share some of the preclinical foundations for the seralutinib program in such a high impact scientific journal,” Faheem Hasnain, the cofounder, chairman, and chief executive officer of Gossamer Bio, said in a press release

PAH is characterized by the interplay of platelet-derived growth factor receptor (PDGFR), colony-stimulating factor 1 receptor (CSF1R), and c-KIT signaling. Seralutinib is a small-molecule PDGFR/CSF1R/c-KIT kinase inhibitor. It is currently being tested in a phase 2 clinical trial in patients with PAH.

The researchers also conducted some experiments in PAH lung samples from rats and humans and showed that seralutinib led to increases in PDGFR, CSF1R, and c-KIT. Finally, they identified candidates that could mediate the effects of seralutinib on BMPR2 through microRNA analysis. 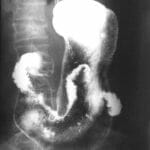