Researchers investigated the molecular mechanisms of C1q/TNF-related protein 9 (CTRP9) in the context of pulmonary arterial hypertension (PAH) and discovered some previously unrecognized effects that it exerts on pulmonary vascular homeostasis during PAH pathogenesis. Their findings were published in Cardiovascular Therapeutics.

Studies show PAH causes increased pulmonary vascular resistance, right heart failure, and premature death. However, how these pathological mechanisms work has not been fully elucidated. One of the key hypotheses on how pulmonary injury occurs is that pulmonary artery endothelial cells are damaged by continuous high-pressure blood flow.

“Animal experiments have shown that CTRP9 exerts a protective effect on diseases of the cardiovascular system,” Guan et al wrote.

“By inhibiting the apoptosis and inflammation of cardiomyocytes, CTRP9 reduces myocardial damage via the regulation of the function of smooth muscle cells and the alleviation of the pathological progression of vascular remodeling.”

They then divided the rat models into 4 groups at random: 2 sham groups and 2 shunt groups, treated with either adenovirus-green fluorescent protein or adenovirus-CTRP9 (n=10 for each group). They then evaluated PAH parameters at the end of 12 weeks.

The researchers discovered that CTRP9 maintained pulmonary vascular homeostasis and protected the rat models from pulmonary vascular remodeling. CTRP9 decreased the mean pulmonary arterial pressure and right ventricular systolic pressure in the shunt group. This was accompanied by a decrease in inflammation, apoptosis, and injury to the extracellular matrix.

“These findings provide strong experimental evidence for the molecular mechanism by which CTRP9 protects against PAH in vivo. Therefore, the results of the present study provided novel insight into the mechanisms underlying arteriovenous shunt-induced PAH,” the research team concluded. 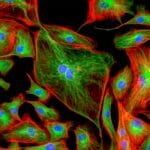