“TPE could improve neurological involvement during the acute attacks of NMOSD, as measured using visual acuity scale and Keegan’s criteria,” the authors said.

Sex, number of previous flares, systemic autoimmune disease, anti-aquaporin-4 antibodies, time flare to TPE, plasma exchange dose, and session interval were other factors tested in multivariate analysis but were found to be not significant.

During the study, a total of 102 acute events were recorded from 83 patients between January 2011 and May 2019. The patients underwent a collective total of 558 TPE sessions. The majority of patients were female (73.5%) and the mean age at TPE was 40.8 years. The majority of cases involved unilateral optic nerve involvement (72.55%) with bilateral involvement occurring in 10.78% and spinal cord involvement in 16.67%. 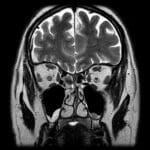