EDSS scores indicating visual dysfunction were significantly higher in the late-onset group than in the early-onset group at the time of final follow-up (3.0 vs 2.0; P =.038). The researchers also observed that the risk of requiring a cane to assist with ambulation increased by 65% with each 10-year increase in the age of disease onset.

Age of onset and annualized relapse rate comprised the 2 main prognostic factors predicting patient outcomes. For every 10-year increase in age of onset, the probability of an EDSS score of 4.0 increased by 51.9% (P =.004). Patients with late-onset NMOSD were 3 times more likely to achieve EDSS scores of 6.0 (P =.049), and the annual relapse rate significantly predicted worse outcomes (P =.027). 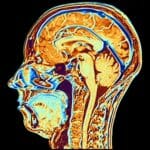