The long-acting C5 complement inhibitor ravulizumab (Ultomiris®) could lower the risk of relapse and prevent worsening of the Hauser Ambulation Index (HAI) score of patients with neuromyelitis optica spectrum disorder (NMOSD), according to a study recently presented at the Congress of the European Committee for Treatment and Research in Multiple Sclerosis.

Although eculizumab binds to the same epitope as ravulizumab, the latter offers the advantage of having a longer elimination half-life that extends the dosing interval 6 weeks in comparison to eculizumab, which in theory should improve treatment compliance. Ravulizumab has previously received US Food and Drug Administration approval for the treatment of myasthenia gravis and paroxysmal nocturnal hemoglobinuria.

The global phase 3, open-label, multicenter trial included 58 patients with a confirmed NMOSD diagnosis and a positive antiaquaporin-4 antibody test. All patients included in the trial received a loading dose of 2400 mg to 3000 mg and a maintenance dose 2 weeks later and every 8 weeks after the second dose.

Due to ethical considerations, taking into account the existence of treatment alternatives such as eculizumab, the trial did not have a placebo arm. However, data from the placebo arm of the eculizumab trial PREVENT was used as the control group.

The primary endpoint of the trial was to assess the time interval of the first relapse as well as the relapse risk reduction. Secondary endpoints included changes in the HAI score and evaluation of the annualized relapse rate of the cohort.

Moreover, the median follow-up time of the trial was approximately 70 months. During the following period, none of the patients included in the study suffered from a relapse. In contrast, there were 20 relapses in the placebo arm of the PREVENT trial.

The percentage of relapse in the control group was 63%. Only 2 patients of 58 receiving ravulizumab had a worse HAI score compared to 11 of 47 in the placebo arm of PREVENT.

“In patients with antiaquaporin 4 antibody-positive NMOSD, ravulizumab significantly lowered the risk of relapse and HAI worsening and was well tolerated with a safety profile consistent with that of eculizumab and ravulizumab in other indications,” the authors concluded. 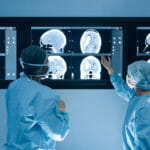 Study Aims to Assess Effects of Corticosteroid Therapy in NMOSD