A novel therapeutic option with inebilizumab-cdon was found effective for patients with neuromyelitis optica spectrum disorder (NMOSD) and presented in a press release by Horizon Therapeutics plc.

Similarly, among patients who had more than 1 attack prior to the beginning of the trial, treatment with inebilizumab-cdon decreased the occurrence of attacks compared to the placebo group, with 12.4% and 48.7%, respectively. This drug, commercially named UPLIZNA®, showcased comparable results in preventing attacks regardless of the status of the previous initiation of the treatment.

“These data are important because physicians see NMOSD patients at varying stages of their illness and it is helpful to understand how UPLIZNA might benefit patients at disease onset as well as those who have had more than one attack,” said Bruce Cree, MD, PhD, MAS, primary study investigator, from the University of California San Francisco Weill Institute for Neurosciences.

Moreover, long-term treatment with inebilizumab-cdon shows potential to reduce pain, with an increasing score on the 36-Item Short Form Survey body pain subscore, averaging 6.57, 7.08, and 7.96 points after 1, 2, and 3 years of treatment.

Although relatively uncommon, infusion reactions including headache, nausea, somnolence, fever, and other nonspecific symptoms, along with an increased risk of infections and fetal harm constitute the most predominant adverse reactions. Inebilizumab-cdon is further contraindicated in patients with active hepatitis B and tuberculosis infections.

Knowing that NMOSD is a rare inflammatory autoimmune disease that affects the nervous system and is caused by the presence of anti-aquaporin-4 antibodies secreted by the cluster of differentiation 19+ B cells, a drug that depletes such cells was hypothesized to aid in reducing the disease progression and symptom amelioration.

“These rigorous analyses from the UPLIZNA pivotal trial provide compelling insights into the real value that UPLIZNA may provide as a novel option for people living with NMOSD,” Kristina Patterson, MD, PhD, medical director of Horizon Therapeutics said. 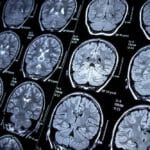