A new study published in Scientific Reports showed an association between obesity and myelin oligodendrocyte glycoprotein antibody‑associated disease (MOGAD). Optic neuritis (ON) is 1 of the most prevalent clinical presentations at the disease onset of MOGAD, neuromyelitis optica spectrum disorder (NMOSD), and multiple sclerosis (MS).

Previous studies have suggested that obesity may be a risk factor for MS. However, it has not been identified in aquaporin 4-IgG positive NMOSD (AQP4- IgG+ NMOSD) or MOGAD. MOGAD-ON might be mistaken for pseudotumor cerebri sometimes since the patients can experience severe headaches and bilateral optic disc edema. Association between obesity and MOGAD has not been explored much in the past.

The study collected data from adult patients offering the first-ever ON in 1 of 3 teaching hospitals between 2005 and 2020. Only those patients were selected who were diagnosed with MOGAD, AQP4-IgG+ NMOSD, or MS.

Study results suggested an association between obesity (BMI ≥ 30 kg/m2) and the possibility of a MOGAD diagnosis in patients suffering from acute ON. Among the 183 patients, 44 were reported with MOGAD, 49 with AQP4-IgG+ NMOSD, and 90 with MS. Moreover, in patients with MOGAD, the average BMI was 31.6 kg/m2, while for AQP4-IgG+ patients with NMOSD, the mean BMI was found to be 24.7 kg/m2, and patients with MS reported BMI of 26.9 kg/m2. These findings also suggested a relationship between obesity-induced inflammation and a higher risk for MOGAD (P<.001).

“In addition, a heightened awareness of a possible correlation between obesity and MOGAD may prevent the misdiagnosis of pseudotumor cerebri in obese patients with severe headaches and bilateral disc edema,” the authors wrote.

The research team noted several limitations in their study, including the retrospective nature of the study, data analysis of ON cases from tertiary referral centers, and the treated patients being mostly White. Moreover, the proposed study is hypothesis-generating study, so no estimation of comorbidities, lipid profiles, and medications was done.

“If this finding is corroborated in future larger studies and in varying ethnicities, it may uncover a novel pathogenic mechanism in MOGAD,” the researchers concluded. 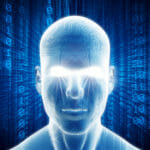 Brain Volume of Patients With NMOSD Reduced Even Between Relapses