The intelligence quotient (IQ) measures a person’s cognitive abilities, including understanding, learning, and thinking, the researchers noted. There is a significant amount of research on the impact of multiple sclerosis (MS) on intelligence; however, only a few studies have measured the IQ scores in individuals with MS, and there needs to be more information available on the effect of NMOSD on intelligence, the study authors added.

The present study was conducted to assess IQ scores in patients with NMOSD and MS using the Wechsler Adult Intelligence Scale-Revised (WAIS-R) tool and to compare the WAIS-R measures across MS, NMOSD, and a healthy control group. Additionally, the study aimed to explore the association between clinical and demographical characteristics with IQ scores in MS and NMOSD groups.

The study recruited 49 NMOSD and 41 MS patients between 2020 and 2022 at the MS clinic of Kashani Hospital in Isfahan, Iran. Study results found that NMOSD and MS groups had lower scores of full score IQ (FSIQ), verbal IQ (VIQ), and performance IQ (PIQ) compared to the control group. Moreover, compared to the control group, significantly decreased scores for information, vocabulary, similarities, and digit-symbol were observed in patients with NMOSD. Additionally, no significant difference apart from vocabulary and similarities was found between patients with MS and NMOSD. Furthermore, a greater EDSS score among patients with NMOSD was considerably associated with a decline in IQ components.

MS is a neuroimmunological disease that primarily affects young women. NMOSD is a chronic inflammatory disorder characterized by optic neuritis and transverse myelitis. The most common symptom of MS is CI occurring in 43%-70% of people at any disease stage. Prior evidence of brain lesions in individuals with NMOSD and a high prevalence of CI in those with MS have raised concerns about potential cognitive decline in certain domains for people with NMOSD, the authors noted.

“In conclusion, we found decreased IQ scores in NMOSD, and MS patients compared to the control group. This study shows the necessity of active screening of intellectual ability in people with NMOSD and MS to detect a decline in IQ scores as early as possible,” the authors concluded. 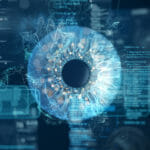 Physiotherapy May Be Effective in Managing NMOSD