Inebilizumab (Uplizna®) effectively reduces the severity of attacks in neuromyelitis optica spectrum disorder (NMOSD), according to a new data analysis from a phase 2/3 pivotal clinical trial.

The aim of the multicenter, randomized, double-masked clinical trial called N-MOmentum was to compare the efficacy of inebilizumab in reducing the risk of NMOSD attacks with that of a placebo. The trial recruited 231 patients aged 18 years and above and was completed on November 6, 2020.

A new post hoc analysis aimed to understand the effect of inebilizumab on the severity of the attacks in the 11% of patients treated with inebilizumab who were not attack-free.

The analysis showed that levels of the NMOSD biomarker serum glial fibrillary acidic protein were significantly higher during major attacks than during minor attacks. The concentration of the biomarker increased significantly at the time of attack in patients given placebo but not in patients treated with inebilizumab.

Similarly, levels of the biomarker serum neurofilament light chain were higher during major attacks than during minor attacks, but this did not correlate with the severity of the attacks. In patients who experienced attacks during the randomized-control period, levels of this biomarker were higher at week 26 in patients who received the placebo than in those treated with inebilizumab.

“This analysis illustrates the clear clinical impact of Uplizna to reduce the debilitating effects of disease while contributing to our understanding of the link between serum biomarkers and severity of attacks,” study author Jeffrey Bennett, MD, PhD, of the University of Colorado said in a press release.

The data were presented at the 48th Annual Meeting of the North American Neuro-Ophthalmology Society in Austin, Texas, held February 12-17, 2022. 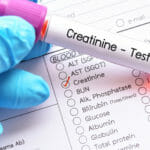 Urinary Neopterin Could Be a Biomarker to Differentiate NMOSD