The authors found that the DTI measurements of the periependymal area surrounding the diencephalon and brain stem/cerebellum were significantly different between patients with aquaporin-4 (AQP4)-IgG-seropositive NMOSD and patients with MS. These results may indicate white matter injuries in areas with AQP4 in patients with NMOSD.

In multivariate analysis of covariance analysis, a significant difference was observed in the periependymal regions of the diencephalon the brain stem/cerebellar areas including the area postrema between patients with NMOSD and patients with MS (λ =0.462, P =.001).

This analysis combined the diffusion tensor measures of FA, AD, RD, and mean diffusivity as dependent variables and age and expanded disability status scale (EDSS) scores as covariates. No significant difference between the 2 groups was observed in the lateral periventricular regions, however (λ =.790, P =.054).

“The use of free-water corrected DTI allows periependymal lining voxels in the third and fourth ventricles to be used to differentiate MS from NMOSD,” the authors said. “Future investigations will require a larger sample size, which can also lead to the development of a deep learning-based model for the differential diagnosis of MS and NMOSD.”

In total, the study included 44 patients (20 with NMOSD and 24 with MS) who underwent DTI between April 2014 and April 2020 at the Seoul National University Hospital in South Korea. All 20 of the patients with NMOSD were seropositive for AQP4 antibodies. 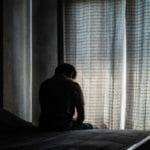