Surgical referrals of patients with REarranged during Transfection (RET) proto-oncogene mutations, which could lead to medullary thyroid carcinoma (MTC) and multiple endocrine neoplasia type 2 (MEN2), show a trend with publications related to the clinical management of the disease, according to a study published in Endocrine.

During the study, a rise in referrals to a single clinical site in Germany between 1986 and 2021 followed 3 separate events. The first event was the publication of reports showing the causative RET mutations in 1993 and 1998. The publication of international consensus guidelines for the diagnosis and treatment of MEN type 1 and 2 in 2001 led to another spike in referrals. Finally, the release of revised guidelines for MTC by the American Thyroid Association in 2015 resulted in a third peak.

“Following a string of first reports linking RET missense mutations to MEN2 and MTC, international management guidelines on MEN2 and MTC highlighted and emphasized the importance of genetic screening of patients with sporadic-appearing MTC and offspring of known RET families, reaching a wider, more diverse clinical audience and sparking off two further waves of referrals,” the study’s authors said.

When separating referrals based on operative status (thyroidectomy or neck reoperation), the reoperation numbers steadily declined over the years with no referrals in 2019, 2020, or 2021. When referrals were further subdivided by RET mutation risk category and grouped into 5-year increments, the decline in reoperation referrals was statistically significant (P <.001) for high, moderate-high, and low-moderate risk mutations.

The authors attributed the decrease in neck reoperations to timely thyroidectomy and even early pre-emptive thyroidectomy reducing the risk of needing additional node dissections.

A total of 496 RET carriers were referred for surgery to the clinical site between 1986 and 2021. Thyroidectomy was performed in 388 patients while 108 received neck reoperation. 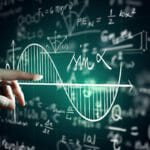