Analogs of the heath shock protein 70 (HSP70) inhibitor MKT-077 can suppress human medullary thyroid carcinoma (MTC) cells in culture and mouse xenografts, according to results of a new study published in the International Journal of Molecular Sciences.

MKT-077 is a water-soluble rhodocyanine dye analog. Previous studies have shown that it can inhibit mortalin, a mitochondrial molecular chaperone. This was previously shown by the authors of the present study to effectively suppress human MTC cells grown in culture and in mouse xenografts.

The effect of mortalin depletion on human MTC cells is described by the disruption of mitochondrial bioenergetics and the subsequent induction of apoptosis and RET downregulation. MKT-077 had the same effects but with notable toxicity in animals.

In the present study, a team of researchers led by Jong-In Park, PhD, from the Medical College of Wisconsin in Milwaukee evaluated the effects of MKT-077 analogs, which exhibited higher selectivity to HSP70 proteins and had better bioavailability.

They found that 2 MKT-077 analogs, JG-98 and JG-194, effectively and consistently inhibited the propagation of 2 MTC cell lines in culture. The compounds also suppressed the viability of the progenies of these cell lines, which were resistant to vandetanib and cabozantinib, the treatment of choice for unresectable MTC.

“Our current data demonstrate an advance in mortalin targeting in MTC cells and, consistent with our previous observations, support the potential of mortalin as a target for the design of a molecular therapy for MTC,” the authors concluded.

MTC is a rare type of thyroid cancer. Apart from surgical resection, which is the only curative option, there are also medical treatments that are available. However, not all patients respond to these treatments, and new therapeutic options are urgently needed. 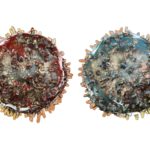 CEA Levels May Increase in MTC After Successful Selpercatinib Treatment