The neutrophil- and platelet-to-lymphocyte ratios and the systemic immune-inflammation index are associated with aggressive medullary thyroid carcinoma (MTC), according to a new study conducted by researchers in Portugal. However, they cannot predict lymph node or distant metastasis.

These biomarkers can indicate increased clinicopathological aggressiveness, the researchers said. “But their usefulness in independently predicting lymph node or distant metastasis appears to be limited,” they added.

The neutrophil-to-lymphocyte and platelet-to-lymphocyte ratio as well as the systemic immune-inflammation index are used as prognostic factors for several tumors. However, their usefulness in MTC remained unclear.

Here, a team of researchers led by Valeriano Leite, MD, PhD, explored the association between the biomarkers before surgery and the clinicopathological and molecular features of MTC as well as their ability to predict lymph node and distant metastasis.

To this aim, the researchers retrospectively analyzed 75 patients with MTC who underwent surgery.

None of these biomarkers, however, were predictive of distant metastasis.

MTC is a rare type of neuroendocrine tumor of the thyroid gland accounting for around 1% to 2% of all thyroid cancer cases. This type of cancer behaves quite differently from other types of thyroid cancers clinically presenting when a person is between 40 to 50 years of age. 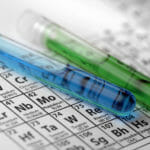 Trace Elements May Be Useful Biomarkers in MTC